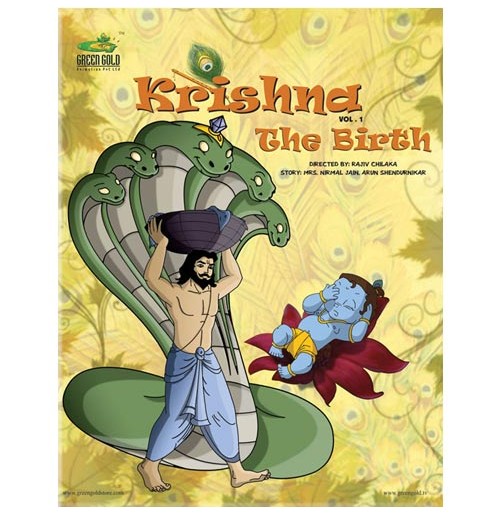 100% Original products
Safe and Secure Payments
There was a time when the world was overburdened by negative influences of different kings, who were actually demons, posing as the royal order. The whole world became perturbed, and the predominating deity of this earth, known as Bhu Devi, along with other Gods went to see Lord Vishnu, the supreme power, and appraised him about calamities, that were to occur, due to the demoniac kings. Lord Vishnu promised them that he would soon be born on Earth as Krishna, who would destroy all evil before the dawn of Kaliyuga. Devaki, the sister of Kansa had just been married to Vasudev, the son of Suryasena. Kansa was driving the chariot with the newly weds, when suddenly there was a voice, which reverberated from the sky addressing Kansa. Kansa, you are such a fool! You are driving the chariot of your sister and your brother-in-law, but you do not know that the eighth child of this sister will kill you.When Devaki became pregnant for the seventh time, she was joyful but at the same time she was sorry that as soon as her child would be born, Kansa would kill him. Lord Vishnu ordered Yogamaya Goddess to transfer the child in Devaki-s womb into the womb of Rohini (first wife of Vasudev). Soon Balram was born to Rohini and Devaki became pregnant with her eighth child, Krishna. Kansa comes to know about this through his spies and immediately increases the prisons security.Under auspicious astronomical position, Krishna is born to Devaki and Vasudev. Lord Vishnu himself appears to Devaki and Vasudev, and assures them that it is he who will be born in the form of Krishna. Lord Vishnu instructs Vasudev to take the baby to Gokul, and exchange the baby with the just-born daughter of Yashoda and Nand.